The Yuletide Drum is the Christmas single by The Moonshine Rebels released 20th November 2018. The single was recorded at North West Recording Studios with Paul ‘Pash’ Hutchinson as producer. The song was written by Moonshine Rebels Paul Sudlow and Sam McGrady earlier that year, drawing on themes that are familiar to families of present and past (as we remember the fallen of the first world war on its 100th anniversary).

Set in the Napoleonic war, it takes up the call for peace from the perspective of a British soldier who had fought in the Battle of Waterloo earlier that year. Using the focal point of the military drum to signify the rousing stand against war, amidst the joy and peace of Christmastide. The lyrics and sentiments of the song resonate to make this a timeless message, encapsulated in the lines “Like thunder will the drums they ring as peace on earth the people sing,
We’ll march together yet to bring, The Union of All”

The song is brought to a climax with the Yuletide Reel written by Sam McGrady. A reel with a distinctly traditional feel, which will no doubt become an earworm to many a listener. 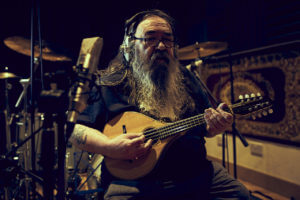 The recording process was put into the very capable hands of Paul Hutchinson, and what was originally demoed as a acoustic guitar, mandolin and fiddle track bloomed into an aural piece of art that really captures the sentiments of the song and places the listener into the scene.

The track also features fellow Run out the Guns members Norman Cooke on drums, Bod Hran on Bodhran and percussion, and Matt Richardson on Bouzouki.

The majority of the instruments used were traditional to capture that feeling of times gone by, with an modern production value and effects.

The lyrics (penned by Paul Sudlow) were written following a request from Leopard publishing for Moonshine Rebels to deliver a “Christmas Track” in time for release mid November. Taking up the challenge, Paul wanted to write something that was festive, upbeat, but carried a message of peace at Christmas….without “Preaching”! Due to his foreign travel schedule, working out some spare moments to pen these lyrics, resulted in him finding some time to write whilst sweltering in 46 deg heat in Dubai! So it was time to crank the air-conditioning to maximum freeze, get into character, and in a very chilly hotel room on Jumeirah Beach, write up the lyrics to The Yuletide Drum!

Men of goodwill come here my call, come gather one come gather all
The blazing fire’s in winter’s thrall, its time to beat the drum
The yuletide carols on the breeze, the snow it kisses fields and trees
Down your muskets, stand at ease its time to overcome

Chorus
Light the fires still the guns, a Silent Night to earth it comes
Our beating hearts the drums become and we’ll not march no more
Like thunder will the drums they ring as peace on earth the people sing
We’ll march together yet to bring, The Union of All
Light The Fire…Still The Gun….Feel The Punch…Beat The Drum…

No more will we don jackets red, Blue Plums whistling past our head
We’re doing what the Wisemen said, so gather round me boys
Lay down your PepperBox to rest, tie the holly to our chest
And heading to the tavern rest in Beggar Maker’s joy

The single also includes the track The Ladybird which will feature on the Moonshine Rebels debut album (to be released early 2019). More information on the writing and recording process for this track and the album will be available in the run up to the album release. 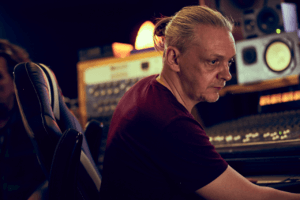 There are also two dance remixes by Paul Hutchinson. Paul (Sudlow) and Sam handed over the reigns to Pash to create a remix of the track. Giving Pash a blank canvas to work from, and with his background and expertise in this and many other genres of music, the dance remix versions of The Yuletide Drum were born!

The Yuletide Drum single is available to buy now